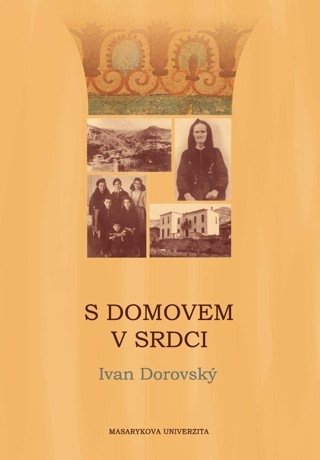 Title in English: Home in the heart

“I was one of thousands of the evacuated children, within the first and the biggest emigration wave caused by the three year Civil War in Greece (1946–1949). I pay attention to this topic in the first study collected in my book of memories, which consists of three parts. In the second part of my memories I relate the particular episodes from my childhood, mostly stories from those harsh times full of hardship and war horrors that I have passed through as a little boy. The third part of my memories is dedicated to the description of the period when I left my native village for a safe place that I have found together with hundreds of other children in then Czechoslovak Republic. There I have afterwards formed my family and thus Czechoslovakia (Czech Republic) has become my second homeland.”