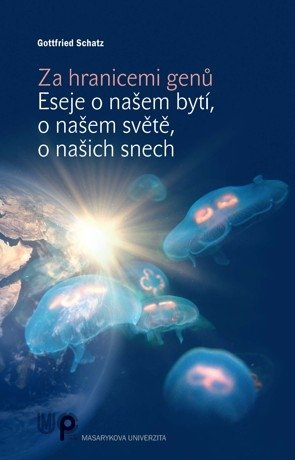 Today, our world does not seem to be explained by authorities informed in philosophy and literature, but by scientists trained by formulae and laboratory research. Gottfried Schatz, an internationally renowned chemist and biologist, the author of twenty essays published here in Czech for the first time, is one of these modern thinkers. Professor Schatz encourages his readers to explore the very frontiers of science. He applies himself to existential questions like “Where do we come from?” or “Does everyone see the world differently?” as well as to explaining the origin of iron in the universe or magnetic crystals mystery, thanks to which the rainbow trout is able to sense the earth’s magnetic field. In German speaking countries the book has become a bestseller, and Neue Zürcher Zeitung has recently published its fifth edition already. It was translated into English, French and Greek languages too.