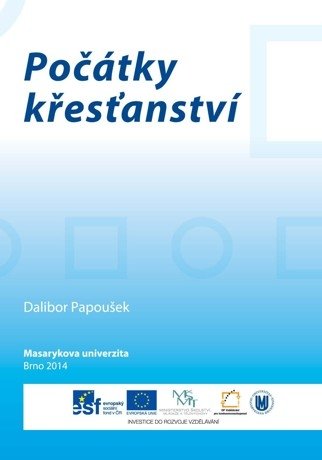 The textbook deals with the formation of the earliest Christianity (the first century and the first half of the second century). The theoretical and methodological keystone of the textbook is the project of a religionist “transcription of the beginnings of Christianity” with an emphasis on the perspective of social sciences. The beginnings of Christianity are illuminated by five problem-oriented probes: source criticism and the question of “historical Jesus”, ritual life of the early Christians, role of women in the early Christian communities, Roman view of Christians and the earliest visual culture in Christianity.