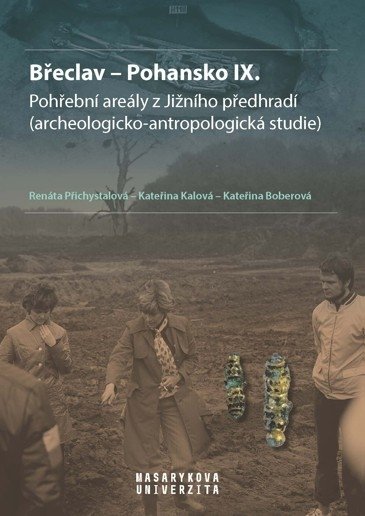 The present book represents an exhaustive overview of the disperse burial grounds excavated at the Southern suburb of Břeclav – Pohansko, an early medieval central settlement agglomeration. There were recovered and examined altogether 205 graves. These graves formed either the small-sized burial grounds, groups of two to four graves or were situated solitary. As the groups of graves seemed to be well-integrated within the complex of settlement framework, a question arose from the very beginning on what relationship there had been between the individuals buried in the so-called settlement burial grounds and those living at the settlement. The present work pursuits to seek the answer to this question. The book contains a complete catalogue of archaeological and anthropological findings. An integral part of the text is a detailed analysis of the burial rite, spatial analysis of particular funeral areas, comprehensive anthropological examination of human skeletal remains with an emphasis on attempts to reconstruct general condition and living circumstances of the buried population. The synthesis of the acquired results depicts a community, which had lived and died at the Southern suburb of Pohansko stronghold in the second half of the 9th century AD. The book is intended for professional public.