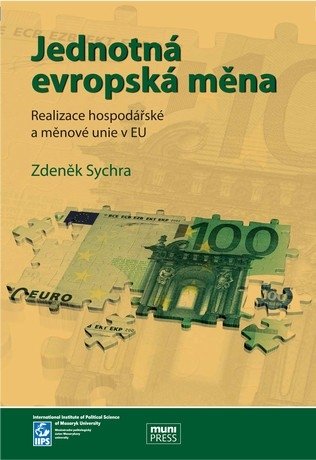 Title in English: European single currency : Realization of the economic and monetary union in the EU

The book deals with the description and analysis of realization of the Economic and Monetary Union in the EU and its consequences. Investigation level includes processes taking place on the EU level and level of individual member states. It also follows the development of European monetary integration as a determining factor of the current state of EMU. The purpose is to comprise a political dimension of this process; therefore this area is viewed above all from a politology perspective. The publication is divided into four parts. The first part stems from the formulation of basic concepts, incorporates EMU in the context of European integration and defines theoretical concepts, which significantly affected its creation as well as its final character. The second part deals with the development of the European monetary integration, which is a key element in understanding the resulting form of EMU, as well as positions of individual states. The third, most extensive part analyzes the very realization of EMU on EU level. Its gradual implementation, entry conditions and decision-making process, institutional mechanisms, position of nonparticipating countries. It includes both spheres that make up EMU as a complex - monetary and economic policy. The last part follows the realization and impact of EMU on member states' level in the form of case mini studies of several countries, selected from the geopolitical point of view, their relevance for the monetary integration process and position versus EMU. General goals of this book arise from this concept. These goals include the intention to describe how and why the Community came to the current form of EMU, which factors affected this process; to analyze key elements/tools of EMU and explain their importance; to analyze EMU institutional structure and its influence on the EU political system; to show how adaptation of individual member states was affected by their structures, political systems and specific conditions.