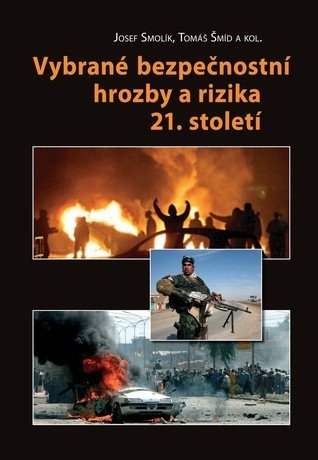 This book analyses and discusses selected security threats and risks that have gained prominence in recent times. All the studies, focusing on contemporary security issues, have been written with the intent to provide the reader with a highly accurate and systematic explanation of complex security phenomena. The publication focuses both on a theoretical definition of fundamental concepts and on specific threats and risks, such as armed conflicts, terrorism, political extremism, organised crime, proliferation of weapons of mass destruction or piracy. It is an outcome of the scholarly conference “Security Threats and Risks in the 21st Century”, organised by the Centre for Security and Strategic Studies civic association, which took place at the Faculty of Social Studies, Masaryk University, in April 2009. The book is particularly intended as core reading for the course “Security Threats and Risks in the 21st Century” that is taught regularly as a part of the Security and Strategic Studies programme at the Department of Political Science, Faculty of Social Studies. The texts should also appeal to wider scholarly audience, providing essential knowledge and information on the given issues.