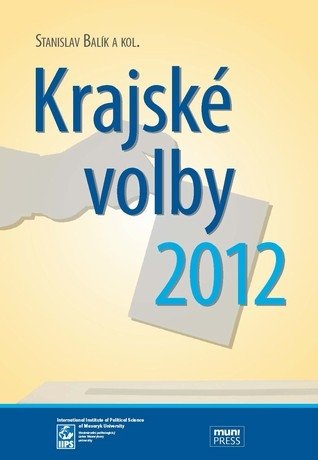 Regional (Kraj) elections in 2012, unlike the elections to the Chamber of Deputies in 2010 or 2013, certainly did not indicate a reversal in Czech politics. On the other hand, 2012’s elections were hardly boring, uninteresting affairs, where everything ran according to plan. Seen from the perspective of second-order elections theory, we had an opportunity to confirm that voters punished parties in the national government and rewarded the opposition, depending on the issues that dominated – whether it was for inappropriate reasons, such as salient, but national-level topics, or for appropriate, but boring, regional reasons. Theese and the entire gamut of other topics may be understood by a range of reasons. Superficially, through blanket “impressionism“, by way of individual independent case studies, or by pursuing a complex and deeper understanding of causes and effects. Using the format of this monograph focused on a single election (though necessarily with comparisons to previous ones) allows the topic to be investigated with the latter method. This is exactly what the authors of this book have attempted. The structure of the book corresponds to the logic of the electoral process, combining descriptive as well as interpretive and analytical methods.