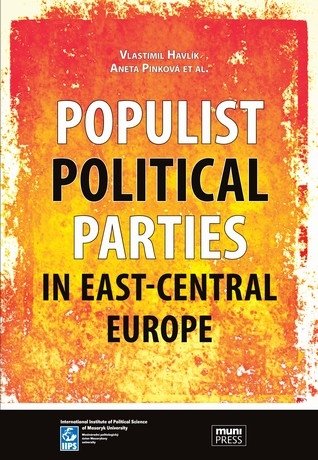 This edited volume focuses on populist political parties in the region of East-Central Europe, more precisely the post-communist member countries of the European Union. Authors of the individual chapters use a common typology of populist parties (exclusively and non-exclusively populist parties) which is introduced in the first, theoretical chapter of the volume. Each chapter – case study deals with various aspects of populist parties, such as their history, organizational structure, ideological profile, electoral base and position in the political system. The publication builds on existing scholarly literature dealing with populism not only in the region, but in other European and non-European countries as well. It is, however, a first publication systematically analyzing the issue in the given region.