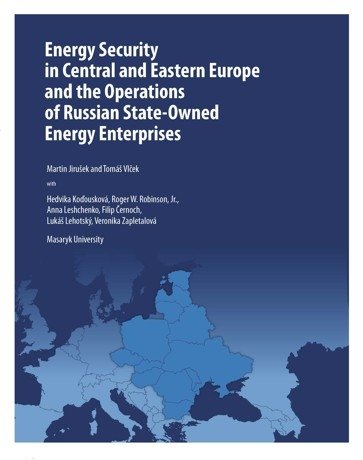 The book analyses activities of Russian state-owned energy companies in the region of the Central and Eastern Europe and offers a complex analysis of their behavioural patterns with regard to the operational environment. The main incentives for making this study were traditionally strong ties between the Russian Federation and the region as well as currently worsening relations between Russia and the West, especially with regard to the crisis in Ukraine. The study focuses on the sectors of nuclear energy and natural gas where Russian influence is perceived as especially sensitive. The aim of the study was to find out whether Russian state-owned enterprises in the aforementioned sectors can be perceived as foreign policy tools. The study is a result of an extensive research project conducted by a research team consisting of analysts from the Faculty of Social Studies, Masaryk University and the Prague-based think-tank Prague security Studies Institute.